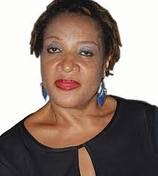 Contrary to the rumours flying around town that Fuji house of commotion super star, Ngozi Nwosu is HIV positive is far from the truth.
The actress who dazzles with her character in the weekly television programme is said to be down with cancer of the blood, a disease as worst as HIV itself, a source said.
Another source says, she was last spotted at the not too long ago held Miss Oshodi beauty pageant which took place in Oshodi.
She has lost so much weight, and she is believed to be receiving treatment at an undisclosed hospital in Lagos.
If you are a regular reader of this blog, you will remember that, we were the first people to alert the public on her sudden weight loss, and we are the only one that have got the picture everyone is currently using.
Its only painful sometimes that people come to this blog and steal pictures and stories without acknowledging us. Some do though.
Here’s wishing the actress good health, and May the Lord make everything new in her. Amen.

Pastor kills wife and then commits suicide in Delta

Police officer on rampage with AK 47, kills wife, 5 others...

Tristan Thompson expecting baby no. 3, according to new paternity lawsuit