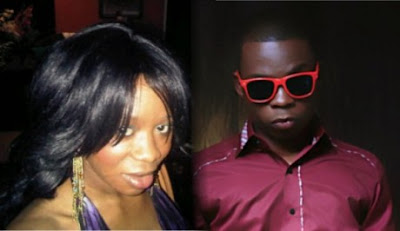 If reports reaching us are anything to go by, then Rapper Olamide and his management team, led by Toni Payne might have parted ways. Though one would have thought nothing might have come between them in this short while, but alas things are truly not right between the two parties as you read this. It has been said that, Olamide sometimes boycott Toni to attend some shows which he gets paid for without her knowledge.  Well the show that might have led to the breakup of these two, is a show which was sponsored by Coca Cola, and Toni after instructing Olamide not to attend, did attended, only for her to find out from outsiders, which really made her angry, a source said. It will be recalled that, Toni Payne, didn’t only bring Olamide to the limelight, but was a major part of his success in the music industry and also to his album Rapsodi which was released in March 2011 and still doing well. The rapper has also received four nominations in the forthcoming Headies Awards which a lot of people have termed a major breakthrough for him.

Yoruba actor, Alesh tattoos his birth year on his lap

New hot photos of Iyabo Ojo and her daughter, Priscilla

Buhari assures Nigerians of reduction in prices of food

Sammie Okposo publicly apologises to wife for cheating on her

Aid worker who allegedly r3ped IDP girl who killed herself is...