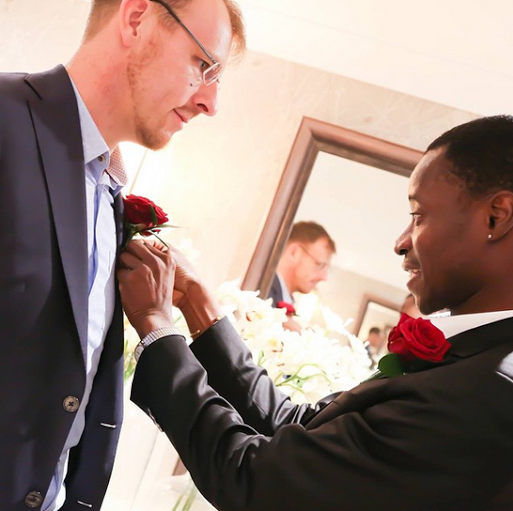 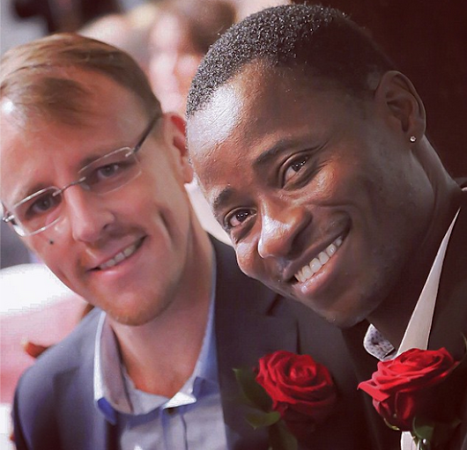 Nigerian gay activist, Bisi Alimi wrote the
article this week but it was published yesterday on thehill.com.

This week General Muhammadu Buhari
will be inaugurated as Nigerian’s president, a position he won by campaigning
on a platform of change. But will that change include the people on the fringe
of society, like lesbian, gay, bisexual, and transgender (LGBT) individuals?
Will he eliminate the current repressive policies that his predecessor
President Ebele Goodluck Jonathan approved? Can the U.S. and other governments
pressure him to do so?

So far, Buhari has offered no
public opinion on the matter. This includes when he was a military general and
in 1983, toppled a democratically elected civilian government and ruled for 18
months until he himself was overthrown in another coup. At that time, LGBT
issues were not part of the public discourse.
It was only in 2004 that the issue
came to the forefront during a famous TV interview between Funmi Iyanda and
myself, an openly gay Nigerian actor. Attention to the issue grew two years
later with the introduction of the Same Sex (Prohibition) Act. Then in 2014,
President Jonathan passed a harsher law that mandated a 14-year prison sentence
for anyone in a same-sex relationship and a 10-year term for anyone who
supports gay clubs, meetings or societies. Anti-gay violence has increased in
the year since it passed.
In a recent report released by the
LGBT Coalition in Nigeria, more than 100 cases of abuse against the LGBT
community was recorded in 2014 alone. Thirty-nine instances of this abuse were
carried out by state actors, including the police and it includes; arbitrary
arrest, extortion, unlawful detention and “consensual” outing to family
members.
As a presidential candidate,
Buhari made no public pronouncement about this controversial law or the abuse
of LGBT people. Nor did he comment when the opposition accused him of planning
a deal with the countries in the West to repeal the law. So what will he do
now?
Of course, at this point, there
are really only two options: continue to support the repressive law or repeal
it.
Supporting it would be the easier
and more popular route. According to a 2013 Pew Research Center’s Global
Attitudes and Trends report, 98 percent of Nigerians said they believed
homosexuality was not a way of life that society should support. In 2013, NOI,
a Nigeria based opinion polling agency, showed 92 percent of Nigerians
supported the anti-gay bill, largely because of their religious beliefs. But as
more countries approve LGBT rights – with Ireland being the most recent example
– and as entities like the World Bank refuse to loan money to countries that
have anti-LGBT laws, he risks losing international support.
If Buhari decides to repeal the
law, he will have more international support, but he will be swimming against
the tide and the wishes of most Nigerian people. On the other hand, a Buhari
government that supports and upholds the law will be committing a grave mistake
by denying many Nigerians the right to live a safe and full existence. Further,
because it’s unsafe for them in Nigeria, LGBT individuals account for one of
the highest number of migrants from Nigeria to Europe and America, taking with
them years of investment in term of education and expertise. Isn’t it in
Nigeria’s best interest for them to be able to stay at home and contribute to
the development of the country?
While at least for now, Buhari
might be silent on this issue, the global community should not be. His
inauguration gives them an open window for new engagement and re-negotiation
with Nigeria on the issue of social liberty, justice and LGBT rights. The U.S.,
UK, Germany and the Nordic countries should see this as a chance to support,
mentor and encourage Buhari to take the lead in championing true democracy, not
just in Nigeria but across Africa. If he is given the right international
support through soft power negotiation and not bullying, through encouragement
and not probing, through mentoring and not dictating I hope it can happen.
Fortunately, President Barack
Obama is sending a powerful delegation led by Secretary of State John Kerry to
Buhari’s inauguration, signaling the important role Nigeria is playing in trade
and security in West Africa and Africa as a whole. While I have openly
criticized the U.S. LGBT Special Envoy Randy Berry, I acknowledge this is a
golden opportunity for the U.S. to make good use of his office and support him
in working with Nigerian LGBT and civil society.
Clearly Buhari has a lot of
competing interests on his time, like fighting Boko Haram, creating jobs and
crushing corruption. And his human rights record has not always been good. Like
when he curtailed the freedom of the press and endorsed the flogging of
civilians for simple infractions like crossing the road instead using
footbridge. However, many of his other actions show him to often be a leader
who has at the core of his politics humanity and human rights.
While I will not hold my breath
that it will happen immediately, I do have hope that one day he will extend
those human rights to all Nigerian citizens, especially if there is pressure
from the international community like the U.S., from LGBT Nigerians who live
abroad, and from activists within the country.

Fayose was right when he warned us not to support Buhari...

My ex-wife, Precious denied my kids breast milk to preserve her...

No regrets over my failed marriage – Actress, Damilola Adegbite

Floyd Mayweather sued for $400,000 for allegedly failing to pay jewellery...