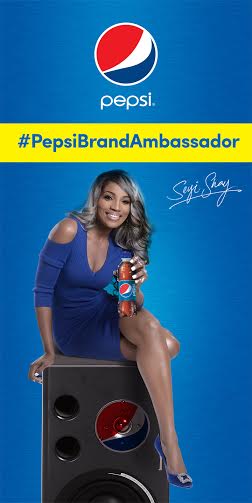 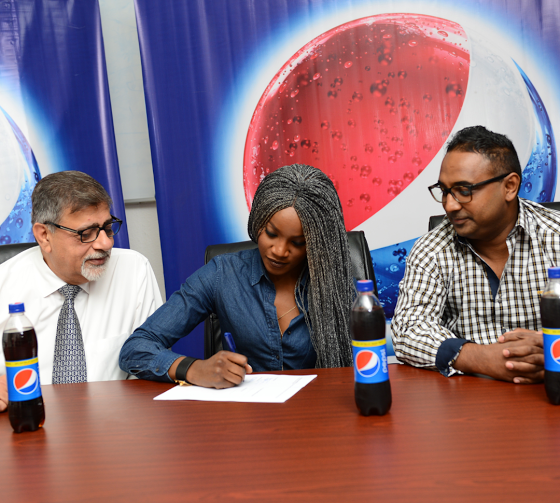 After longthroating for Wizzy’s job yesterday when she said “I
long throat to be a Pepsi Brand Ambassador #ThingsILongThroatFor” on twitter, Seyi
Shay has now been signed as a Pepsi ambassador and so quickly, she has also been
officially unveiled as the latest Nigerian musician to bag the highly coveted
brand endorsement.

Joining the ranks of other Pepsi Stars, WizKid and Tiwa
Savage, the latest signing began her musical journey in the UK with a group
signed by Sony/Columbia Records and was managed by global mega star Beyonce’s
father Matthew Knowles. Seyi’s top Naija songs also include a hit collaboration
with her Pepsi co-ambassador WizKid.
Indeed, wishes do come true! We say big congrats to her. See
another photo below.

Ladun Liadi - November 24, 2021
4
A former President of the Senate, Dr Bukola Saraki, has declared to run for President in the 2023 general elections, Vanguard reports. According to the...

Moet Abebe FED UP over not being eligible enough to rent...

Student sent to 3 weeks imprisonment with hard labour for threatening...