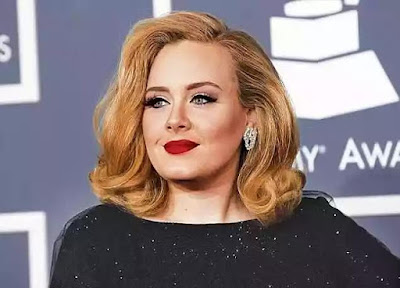 She kicked off her world tour last month, performing a staggering 105 shows across Europe and North America. And Adele is allegedly already planning her next break, intending to take a five-year hiatus from the music industry in order to focus on her three-year-old son with boyfriend Simon Konecki.

A source told The Sun: ‘She has told her closest pals she will step away from the limelight for five years before she next brings out an album.

‘She’s still very new to motherhood and doesn’t want to miss out on Angelo growing up. It will be a hard thing for fans to hear.’

The tour is expected to conclude in November, at which Adele plans to focus on her family instead of her career.

Adele returned to the spotlight in November with her latest album, 25, after taking three years off to focus on her son.

Her comeback proved to be globally successful, with 25 quickly becoming the best selling album of 2015 in the UK and US and now she’s planning on another break.

Ladun Liadi - December 1, 2021
2
Governor of Rivers State, Nyesom Ezenwo Wike on Tuesday appeared before the State High Court in Port Harcourt, to testify as a witness in...