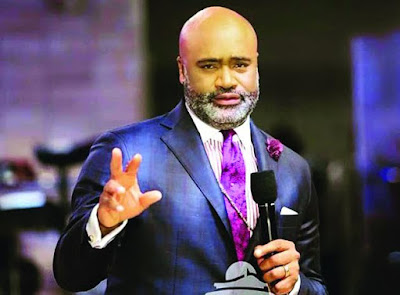 Justice Adebisi Akinlade of the Lagos State High Court sitting in Igbosere will on April 7 hear an N800m suit slammed on Lagos pastor, Paul Adefarasin and his church, House on the Rock by a businessman, Gerald Chukwueke.

Chukwueke and four others through their counsel, Moyo Onigbanjo (SAN) are seeking the sum as damages against Adefarasin and his church for allegedly trespassing on their land located in Lekki area of the state.

The businessman and other claimants: Chinelo Chukwueke, Mrs. Martha Chukwueke, Germaine Logistics Limited & Germaine Auto Centre Limited are also seeking from the defendants the sum of N180m as solicitor fees.

At the last sitting of the court, Justice Akinlade had granted an interim injunction restraining the defendants, including the incorporated trustees of the Rock Foundation, the registrar of titles, Lagos State Land Registry and the attorney general of Lagos State from further trespassing on the land.

Specifically, Justice Akinlade restrained the defendants, their servants, agents or privies from demolishing or removing any structure whatsoever be they temporary or permanent on the claimants premises located at Ikate, Lekki, Lagos.

Pastor kills wife and then commits suicide in Delta

Woman in hospital after husband attacked her using machete before killing...