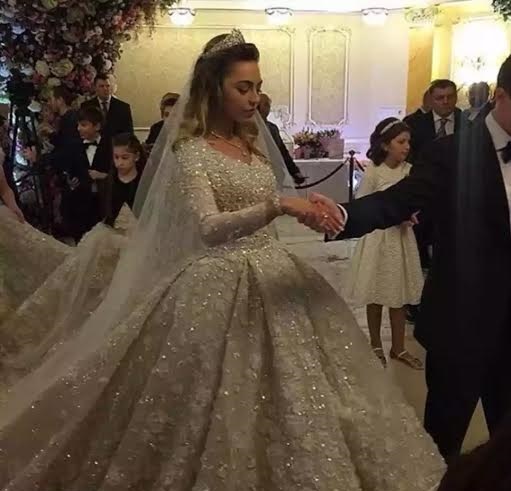 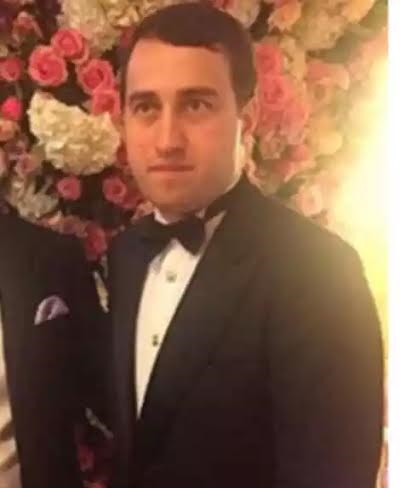 Billionaire’s son Said Gutseriev, 28, married 20-year-old student Khadija Uzhakhova in Moscow this weekend in a jaw-droppingly lavish affair, rumoured to have cost up to $1 billion.

Held at the luxury Moscow restaurant and banqueting venue Safisa, which was decked out in wall-to-wall fresh flowers, the wedding set a new bar for extravagance.

Her dress was imported from Paris and reportedly weighed 25lb (almost two stone) because of the huge train and heavy embellishment and the bride needed the assistance of several people to carry her train and help her walk upstairs.

With a tight bodice, long sleeves and a full skirt cascading in folds to the floor, the gown was pure fairy tale – and came with a floor-length veil and bejewelled handbag to match. Khadija’s look was completed with a diamond tiara and whopping diamond pendant around her neck.

Meanwhile, guests travelled to the grand nuptials in a fleet of luxury cars including Rolls Royces which were seen lined up outside the venue ahead of the ceremony.

The entertainment also did not come cheap, with Jennifer Lopez – who was reported to have been paid $1million for singing for Gurbanguly Berdimuhamedov, the president of Turkemenistan in 2013 – jetting in to give the moneyed crowd in an energetic performance in a series of skimpy outfits.

Kazakh-born Gutseriev is worth $6.2 billion (£4.3billion) according to Forbes magazine. 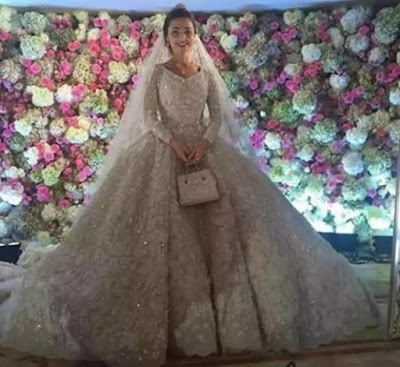 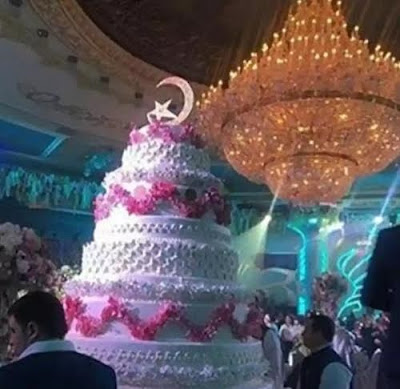 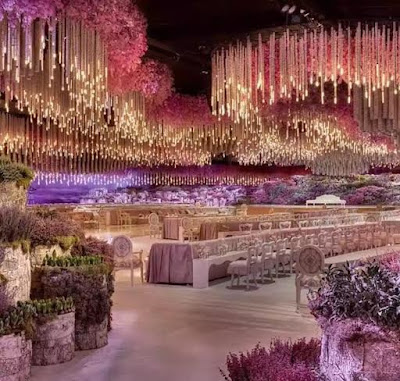 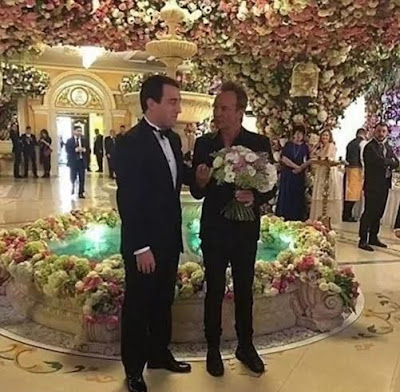 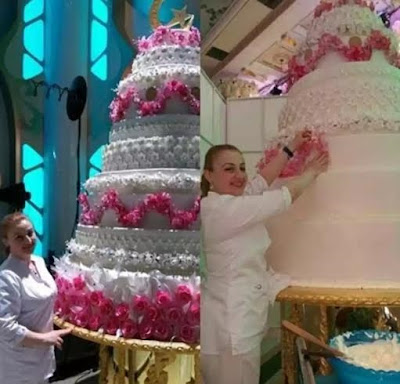 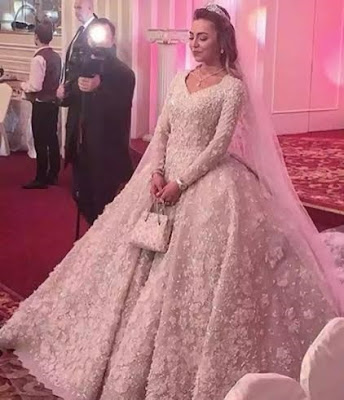 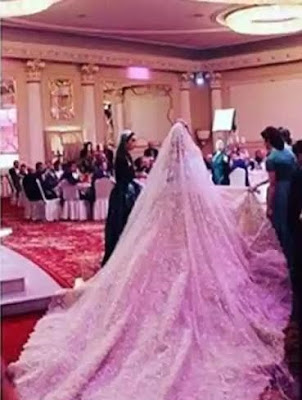 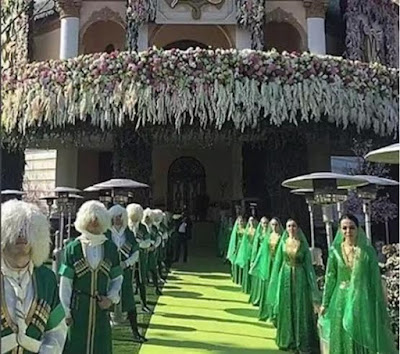 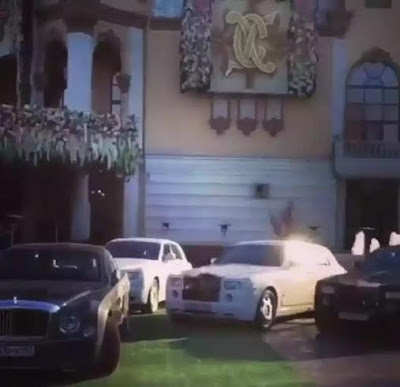 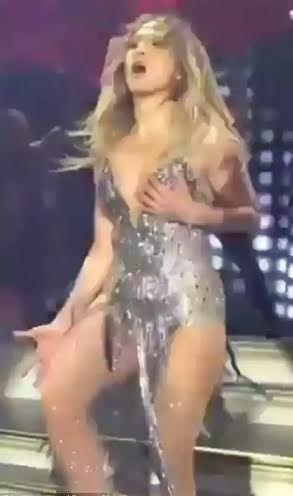 Adele reportedly walked out of interview when host admited he hasn’t...

“Lai Mohammed is a pandemic” – Activist Rinu Oduala reacts to...

Photos from the funeral mass of Dr Chike Akunyili