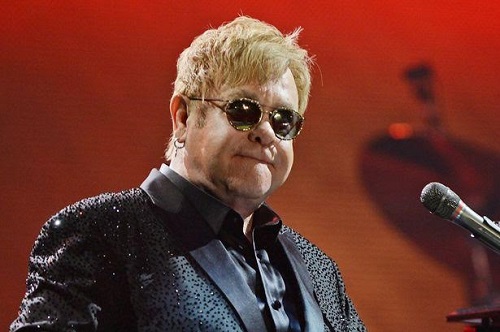 Sir Elton John is being sued for s3xual harassment and battery by a former security guard who alleges the singer tried to force himself on him. Jeffrey Wenninger has filed a lawsuit, seen by US website TMZ, against the 69-year-old where he claims Elton put his hands down his pants.

Jeffrey alleges the star attempted to grab his genitals when the pair were in a car together in 2014.

According to the lawsuit, the singer also told him to get your todger out and say hello to Uncle Elton in a separate incident, reports TMZ.

The ex-security guard, who is believed to have stopped working with the singer in September 2014, says he attempted to verbally and physically resist, but it allegedly didn’t stop the singer.

Jeffrey also alleges the singer twisted his nipples and said, “You gorgeous thing you”, hence the lawsuit.

Mixed reactions as Tem stops Wizkid from lifting her on stage

FFK gets another EFCC Invitaion, he makes the announcement and thanks...

Inside Britney Spears’ 40th birthday as she’s treated to fireworks and...

It is wrong to send ‘I will like to know you...

Nightclub owner FOUND DEAD in car with his side chic