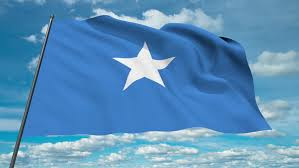 An Islamist militant suicide bomber put his arms around a Government official as if in a hug and blew both of them up in the autonomous Somali region of Puntland today.

The Islamist militant group al Shabaab, which frequently targets officials in its bid to overthrow the Western-backed Somali government, issued a statement taking responsibility for the attack.

Major Nur Ahmed, a police officer, told Reuters that Saeed Ali and the guards had been targeted as they attempted to enter a car. Witnesses said that two bystanders also died in the blast.

Clem Ohamaze breaks down in tears as he gets N8m from...