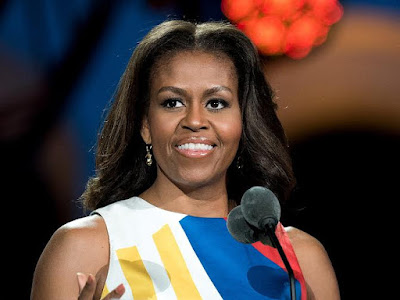 First lady Michelle Obama said Wednesday that she has no plans to run for president herself, saying she could have more impact outside of Washington’s polarized politics.

Obama made the remarks as she addressed the South by Southwest festival in Austin, Texas, where she introduced a song for charity to support a UN-backed campaign to improve education access for the 62 million unschooled girls around the world.

“I will not run for president. Nope, nope, not going to do it,” she said in response to a question.

“There is so much that I can do outside of the White House, and sometimes there is much more that you can do outside the White House without the constraints, and the lights and the cameras, and the partisanship. There is a potential that my voice could be heard by many people who can’t hear me now because I’m ‘Michelle Obama, the first lady,” she added.

Son arrested in Delta over failed attempt to use mother for...

Ladun Liadi - September 17, 2021
3
A youth, Mr Emma Eregarnoma, has been arrested by the police in Delta State over a failed attempt to use his mother, Mrs Oke...

Chris Rock tests positive for Covid-19 months after getting vaccine

Toyin Saraki talks on breastfeeding as she shares adorable photo with...

Gabrielle Union says her soul was ‘shattered’ when she learned Dwyane...

Inside Kanye West cheating rumours as he ‘brags about hooking up...