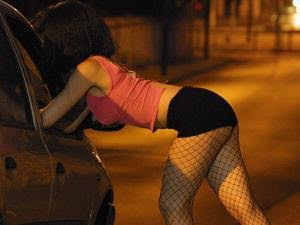 Tanzania is holding about 500 suspected s3x workers and nearly 300 of their alleged customers in detention as part of a crackdown on prostitution.

Rights groups have condemned the arrests, which started a week ago, urging police not to hold suspects beyond the legal 48-hour limit.

Tanzania’s new President John Magufuli, who came to power on an anti-corruption platform, has previously criticised prostitution in the country.

President Magufuli, known as the Bulldozer, has vowed to uphold law and order since taking power in November.

Deputy police commissioner Simon Siro told BBC Swahili that the suspects were being held in three prisons around the city.

He said the s3x trade was linked to both drugs and violent crime in Tanzania.

Education Ministry to give students who missed 2021 WASSCE due to...

Ladun Liadi - September 20, 2021
0
The Ministry of Education has assured that candidates who missed the 2021 West Africa Senior School Certificate Examinations (WASSCE) in the South-east, will be...

Why I quit catwalks — Halima Aden, first supermodel to wear...