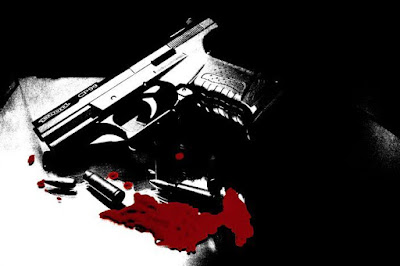 A teenager, who has been on the wanted list of the Nigeria Police as a serial killer, Happy Agbangbanyan, has killed a retired headmistress, identified as Clara Uwaifo.

Clara, aged 65, was shot dead in front of her residence at 27, Oviawe Street, off Upper Siluko road, Ogida, Benin-City, at about 3pm.

She was said to be returning from the hospital where she went to see her daughter when she was killed.

Her grand-daughter, who claimed to have witnessed the killing, said she saw the suspect following her grandmother as she approached their residence.

She stated that the suspect pulled out a gun from his trousers and shot at the woman from behind, just as she made a move to collect a bag from her grandmother.

Some family members said the deceased family has been at logger heads with the suspect’s family for many years.

I’m famous because I am your son, Tiwa Savage’s son tells...

Ladun Liadi - September 21, 2021
5
Tiwa Savage’s son, Jamil is pretty aware of the influence of his mother as a singer. In a lovely video, Tiwa asked her son what...

Kogi tells all business owners to register now or risk being...

Yoruba nation agitators to stage march Sept 24 when Buhari will...

FG to ‘shut down’ Aboki FX website, to prosecute owner