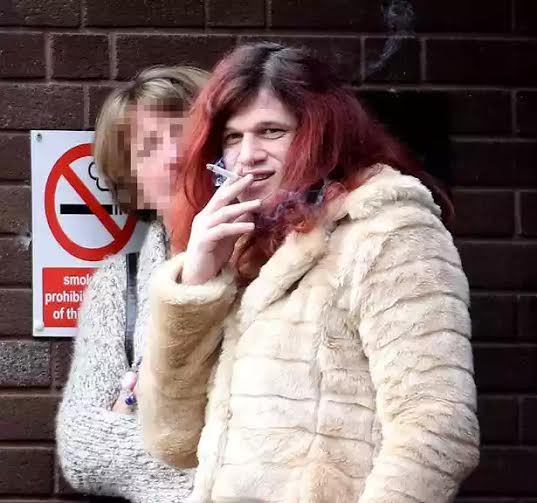 A transgender woman is facing a jail sentence in a male
prison after being found guilty of raping a teenage girl when she was a man .

Davina Ayrton, who changed her name from David three years
ago, was convicted of the s3xual attack on a 15-year-old girl in the autumn of
2004, following a week-long trial at Portsmouth Crown Court in January.
The trial heard that Ayrton had met up with the victim, who
had run away from home, and two friends on an evening in autumn 2004 and gone
drinking in a garage in Portsmouth which had a sofa and chairs in it.

The victim described how she screamed and shouted at Ayrton,
who was 23 at the time, to stop but failed to wake up her friend and her
boyfriend who were sleeping nearby.
The court heard that Ayrton has learning difficulties and
has been living at the Heywood Sumner House care home in Fordingbridge,
Hampshire.
The prosecution was brought after a care worker reported
that Ayrton, 34, had confessed to the rape in January 2014 and told her that
she was a “paedophile” and had “always known there was something
wrong with me and I need help”.
Following conviction, Judge Ian Pearson remanded Ayrton, who
attempted to commit suicide last summer, into custody for her own safety and
said it was likely she would be held at the male prison in Winchester,
Hampshire, until sentencing.
Ayrton told the court in her evidence that she had not
undergone any physical modifications or taken any medication as part of her
gender swap.
The court was also told that Ayrton, who has a son, was
convicted of possessing indecent images of children, at Bournemouth Crown Court
in January 2014.

Ladun Liadi - October 21, 2021
2
Mazi Nnamdi Kanu, leader of the Indigenous People of Biafra (IPOB), has pleaded not guilty to the seven count charge slammed on him by...

NSCC sets up squad to tackle abuse of elders

Naomi Campbell suffers a nip slip while going braless in a...

Woman ‘faked own kidnap and used ransom money from her husband...

Toyin Lawani celebrates her daughter as she turns 2-month old