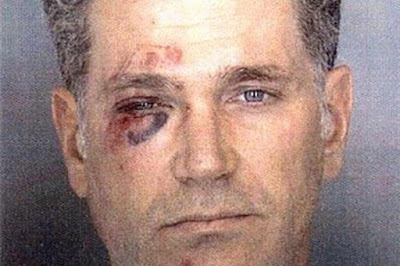 A 60-year-old former US Marine is set to die by lethal injection tomorrow for gunning down his two young daughters as their mum listened on the phone.

John Battaglia sprayed Faith, nine, and Liberty, six, with bullets from his 45 caliber pistol in his home’s loft in the town of Livingston, Texas, on May 2, 2001.

He had picked them up for a regular custody visit on the day he learned there was a warrant out for his arrest for violating probation, which he was serving after being convicted of assaulting his ex-wife.

She called police because he had left an abusive message on her phone.

“Mommy, why do you want Daddy to have to go to jail?” Faith asked her mother Mary Jean Pearle before she died.

Then Ms Pearle heard Faith say: “No, Daddy, please don’t do it.”

Battaglia then went to a nearby tattoo parlour and had two roses – representing the two daughters he had just gunned down – inked on his arm.

It was there he was arrested by police.

When asked what he feels about their death, he said: “Why would I worry about where they are
now?

“We’re all here; we’re all gone at the same time. I’m not worried about it.”

Battaglia will be the sixth Texan executed this year, and the 537th since the state reinstated the death penalty in 1976.

FFK gets another EFCC Invitaion, he makes the announcement and thanks...

”Countries should come together to take a common approach” – Nigeria...

Lagos community thrown into confusion as 8 children die inside vehicle