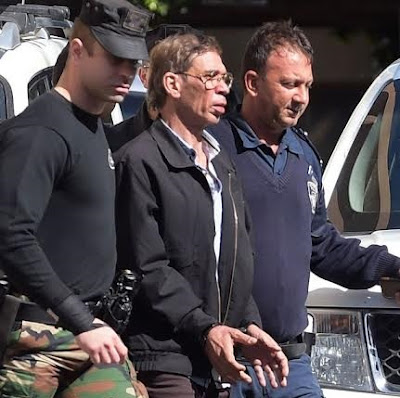 A man accused of hijacking a plane by threatening the pilot with a fake suicide belt asked police ‘what’s
someone supposed to do when he hasn’t seen his wife in years?’ – a court has heard.

Seif Eddin Mustafa, 59, is accused of sparking a six-hour siege with armed police on the runway of Larnaca Airport in Cyprus after seizing control of the jet.

Authorities claim his motives were related to his Cypriot ex-wife Marina Parashkou with whom he has four children. It was revealed Mustafa was not allowed into the country as his passport had been blacklisted.

A court hearing in Larnaca heard that following his arrest, Mustafa tried to justify his alleged actions to officers.

Police prosecutor Andreas Lambrianou said the suspect told police: “What’s someone supposed to do when he hasn’t seen his wife and children in 24 years and the Egyptian government won’t let him?”

He was surrounded by police through the hearing in Larnaca and was remanded in custody.

He is expected to enter pleas to charges including hijacking, illegal possession of explosives, kidnapping and threats to commit violence at a later date.

Cypriot officials described him as “psychologically unstable” following a bizarre set of demands he made to
police negotiators, including what Mr Lambrianou said was a letter he wanted delivered to his Cypriot ex-wife in which he demanded the release of 63 dissident women imprisoned in Egypt.

The prosecutor said Cypriot authorities will ask for Interpol’s help to determine how the suspect managed to pass the fake explosives belt through airport security in Egypt.

I will be getting a Grammy, MTV Base award next year...