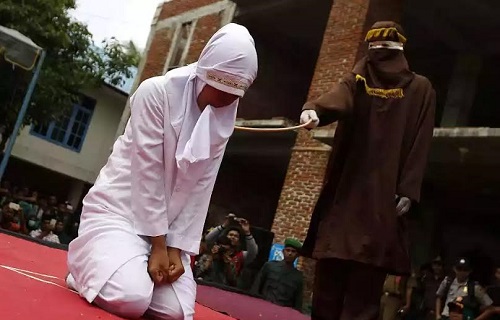 Cowering on her knees after being whipped across the back, this
Indonesian woman has just been caned in public for having s3x outside
marriage. The young woman was brought to the public stage in Banda Aceh
and forced down on to her knees by two guards.

A masked man then
repeatedly canes her across the back as she clenches her fists and
appears to bite her veil while receiving her punishment.

The
woman can also been seen crying out in agony, and after the punishment
is over, she has to be led away on a stretcher for treatment.

A
public caning is just one of the punishments handed out to people
breaking Sharia law in Banda Aceh, the only province in Indonesia, where
it is still followed closely.

Pictures also show crowds
gathering to watch another two men also receive the same punishment for
having s3x outside of marriage.

One man can be seen grimacing as
the cane strikes his back while another tries to balance on crutches as
he receives his punishment. 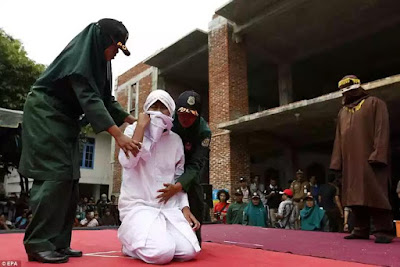 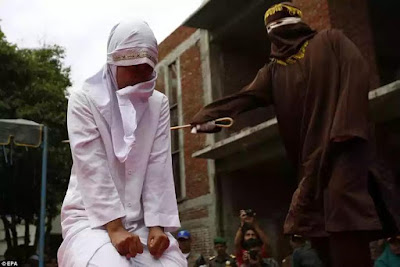 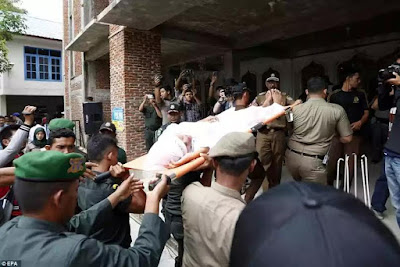 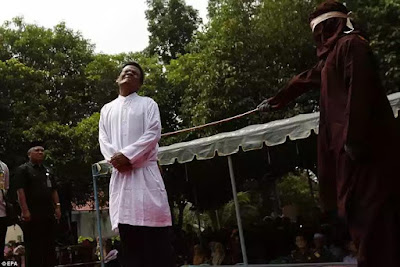 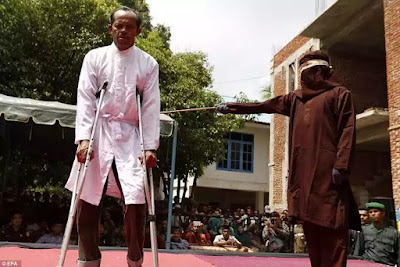 Ladun Liadi - November 22, 2021
3
Singer, Adele Tearfully Reunites With Childhood Teacher Singer, Adele tearfully reunited with the English teacher from her childhood. Adele had been asked about an influential figure...

Nightclub owner FOUND DEAD in car with his side chic

Photos of Tiwa Savage in Dubai