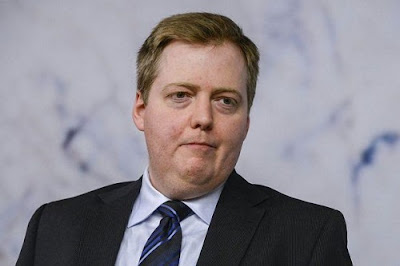 The Prime Minister of Iceland has resigned, becoming the first high profile casualty of the Panama Papers scandal.

It will be recalled that Sigmundur David Gunnlaugsson stormed out of an interview over the weekend, amid claims he used secret offshore firm Mossack Fonseca to hide millions of dollars as Iceland’s economy collapsed. It will also be recalled that Mr Gunnlaugsson came to power in 2013 following a backlash against the banking system.

But last night, an estimated 24,000 people gathered outside Iceland’s parliament building demanding his resignation – some 7% of the tiny country’s population.

Mr Gunnlaugsson has resigned as Prime Minister, but says he will stay on as leader of the Progressive Party.

Tyson Fury threatens legal action against BBC if he is on...

Walk Of Peace: We will walk with you – MURIC tells...