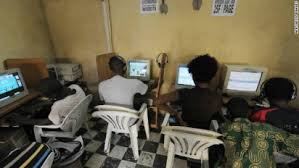 According to reports, a former Commissioner for Lands and
Housing, Alhaji Abbas Aidi under the late Chief Adebayo Adefarati
administration in Ondo State, has slumped and died at a cyber cafe in Akure.

The report said, the former commissioner was said to have
died after opening his mail box to see an important letter he had been expecting
for a long time, before the strange occurrence. Though his family members didn’t disclose what the letter was all about, he has been buried according to Muslim rites.

Ladun Liadi - December 6, 2021
0
Criminal gangs suspected to be sea pirates have demanded N25 million for an operative of the Nigeria Security and Civil Defence Corps (NSCDC) and...

God might have said it’s Atiku’s turn to become president in...