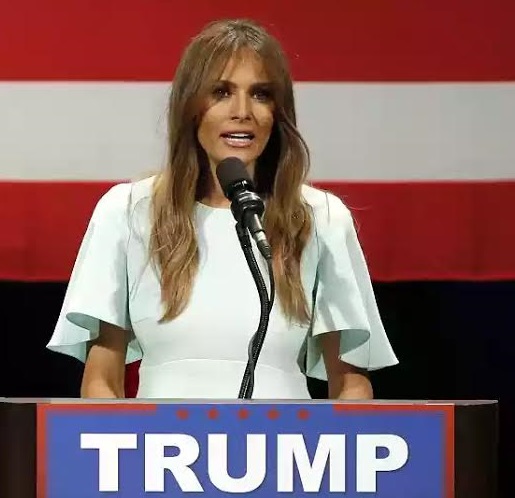 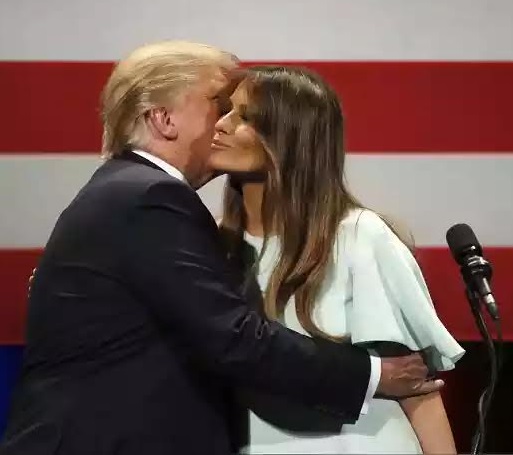 Donald Trump unveiled a secret weapon Monday night in his battle to peel away the stubborn impression that growing numbers of female voters don’t like him: his wife Melania.

Mrs. Trump appeared on stage in Milwaukee, Wisconsin, hours before a Republican primary election that will either slow down the billionaire’s political juggernaut or put him on a glide path to a presidential nomination.

She said her husband is ‘fair’ and ‘no matter who you are – a man or a woman – he treats everyone equal.’

Later on during a town hall-style interview with Sean Hannity, Trump was asked if he had a nickname for Hillary – after successfully labeling his opponents Ted Cruz and Marco Rubio, ‘Lyin Ted and ‘Little Marco’, respectively.

Trump replied that he does, but that he ‘wants to knock-off the next two people, (Cruz and Kasich’ before he ‘focuses’ on Clinton.

But in Wisconsin, Melania revved up a mid-sized crowd inside the Milwaukee Theater with an observation about her hard-charging husband.

‘As you may know by now,’ she said, ‘when you attack him, he will punch back ten times harder!’

‘He’s a fighter, and if you elect him to be your president, he will fight for you and for our country,’ she said.

‘He will work for you and lead you.

A beaming Mr. Trump stepped aside and listened to her speak, saying after Melania left the stage that he had no idea what she was going to say.

He introduced her as ‘an incredible woman. She’s an incredible mother … She will make an unbelievable first lady.’

Ladun Liadi - December 6, 2021
1
UK suspends Visa application from Nigeria.. The British High Commission has suspended visitor visa applications from all red list countries, including Nigeria. This was announced in...