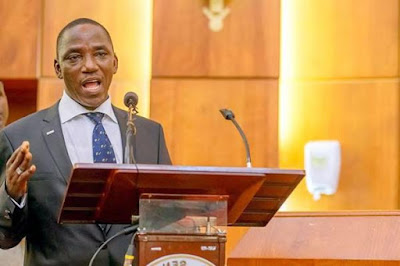 Nigeria’s Sports Minister Solomon Dalung has rejected the option of a foreign coach following Nigeria’s failure at the 2017 AFCON Qualifiers.

NFF President Amaju Pinnick had last week said the NFF will hire a foreign coach to take on the affairs
of the Super Eagles as they aim to qualify for the 2018 World Cup in Russia after missing out on
AFCON 2017.

However, Nigeria’s Youth and sports Minister Dalung has insisted that the trend of hiring and sacking coaches by the NFF must stop.

“The hiring and firing of coaches is a problem, when shall we have an end to it? In my view, we place personal interest above national interest. You don’t access a coach with one match. You give him ample opportunity and generate correct data to access his performance. The hiring and firing of
coaches just on one performance speaks volumes of senses of judgement and it does not augur well
for our football. It must stop now,” said the sports minister.

China BANS celebrities from showing off their wealth on socal media