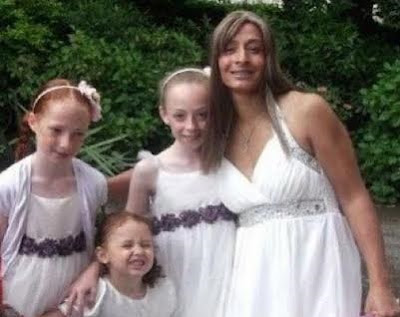 Twins discovered their long lost mother had been savagely murdered just two days before they began their desperate attempt to be reunited.

Heartbroken brothers Curtis and Lewis Nickle made an attempt to find mum Maxine Showers by Googling her name on September 30 last year.

The pair were left horrified after finding out the tragic 42- year-old s3x worker had been killed and dumped in an alleyway by twisted client Michael Williams.

The 29-year-old, who admitted manslaughter but claimed he did not murder the Liverpool mum, was yesterday jailed for life with a minimum of 22 years behind bars, after jurors found him guilty.

Curtis, 19, told the court: “How could we be so close and have it all cruelly taken away?

“If only we could have the chance to tell her we love her and have never blamed her for us being adopted.”

The grieving teenager said Ms Showers had been forced to give him and Lewis up for adoption when they were young due to difficulties she was going through.

He said their adoptive mum Angie gave them her name, but when they went on the internet to look for her, they were met by reports of her tragic death.

Turning to face Williams in the dock, he continued: “You have taken away from this world a beautiful, wonderful person.

“No amount of apologising will ever bring our mum back. So your remorse, if you have any, is not accepted.”

The mum-of-eight’s body was discovered in an alleyway behind Williams’ home in Hinton Street on the morning of  Monday, September 28 last year.

Judge David Aubrey, QC, said there was no truth to this suggestion and said it was a “brutal, savage and sustained” cocaine and alcohol-fuelled attack.

The judge said: “A void and emptiness is felt by so many as they seek to come to terms with their grief.

“It was a tragedy that two 19-year-olds were seeking to ascertain the whereabouts of their natural mother, having been adopted at a very young age.

“They wished to contact their real mother they had never known. They are never to know her in consequence of what you did.

3 suspects arrested with 1,144 ATM cards on their way to Dubai, Saudi Arabia and Turkey

Despite already in france, Femi Kuti CANCELS European tour due to OMICRON

Funke Akindele GUSHES over being a mother