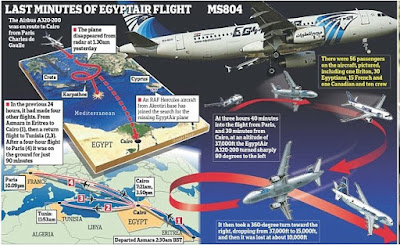 EgyptAir has retracted its claim to have found debris belonging to flight MS804.

“We stand corrected,” Airline vice-president Ahmed Adel has told CNN, adding that the wreckage “is not our aircraft”.

The retraction now puts EgyptAir in line with Greek officials, who had earlier cast doubt on the claim by Egyptian authorities.

Earlier on Thursday Athanasios Binis, the head of Greece’s air safety authority, told the AFP. The debris found near Karpathos island “does not come from a plane”.

BBNaija: Nini to leave show for 24 hours in new twist

Kenyan doctor injects his two children to death after arguement with...

Protest to hold on Independence Day over FG’s refusal to apologise...

Young Boys vs Man Utd: Solskjaer explains why he took off...