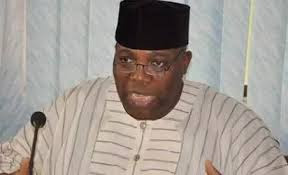 Dr. Doyin Okupe has expressed his displeasure at the Economic and Financial Crimes Commission, EFCC for leaking to the media his health status which he had revealed to the commission’s operative in confidence designed for it to understand his special needs.

According to him, for not getting clearance or authorization from him before the information was revealed to the media, was not only a breach of confidence reposed on the anti- graft agency, but designed to embarrass him as a person.

In a statement he signed today and made available to Journalists, Okupe explained how he got various sums of money from the office of the National Security Adviser (NSA) which has now become the subject of investigation by the EFCC.

Denying being linked to any unwholesome benefits from the NSA, he said it was imperative to explain based on media reports that he was involved in N162million and N85million fraud, adding that in his interactions so far with the anti-graft agency, he had only been requested to make clarifications in three areas.

Okupe who lambasted the EFCC said, “I confided in the officers of the commission about my health situation for them to understand why where and how I sleep was important to my overall well being’’. He is now saying, they turned around to betray him by announcing his health status.

Crisis in SCOAN over emergence of T.B. Joshua’s wife Evelyn as...

Ladun Liadi - September 15, 2021
3
Crisis is currently brewing at the Synagogue Church of All Nations (SCOAN) following the appointment of Prophet T.B. Joshua’s wife, Evelyn as the new...

Gideon Okeke HAILS Dakore, RMD, Says I saw myself in them