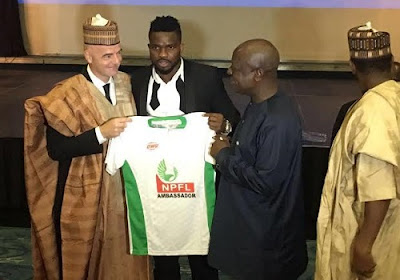 Nigeria’s former captain, Joseph Yobo has been unveiled as the ambassador of the  Nigerian Football League by the President of the World’s football governing body, FIFA, Mr. Gianni Infantino who is on a two-working days visit to Nigeria in Abuja on Monday.

Joseph Yobo who announced to his fans via his Twitter handle, said, “Honored to be unveiled @LMCNPFL Ambassador by @FIFA President Gianni Infantino. We must develop our Local League.”

The League Management Company is tapping the experience and networks of the former Super Eagles and Everton FC Skipper to promote the local league and make it more attractive.

Capped 101 times, Yobo represented the Super Eagles at three FIFA World Cups and six Africa Cup of Nations tournaments (leading the team to win the 2013 edition of the tournament in South Africa), before announcing his retirement after the 2014 FIFA World Cup in Brazil. 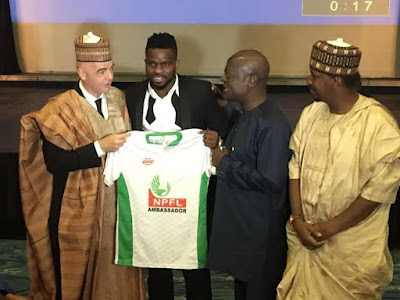 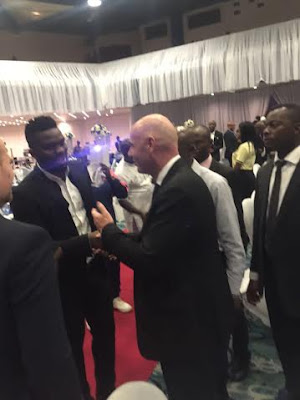 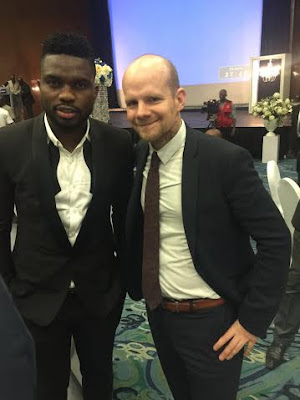 I can’t leave those who gave me umbrella in my storm...

Ladun Liadi - October 14, 2021
1
Edo State Governor Godwin Obaseki has said he can't leave those who gave him umbrella during his storm. The Governor gave the assurance when speaking...

Man storms school with cutlass to hack teacher who beat his...

Deontay Wilder lands in hospital after being beaten by Tyson Fury

Some Madagascar villages haven’t seen rain in 10 years as hunger...