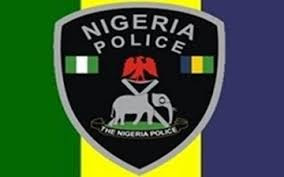 Dr. Ime Stephen, the uncle of 15-year-old Mary Udo, who was allegedly raped at gunpoint by a police inspector in Akwa Ibom, has been abducted. Ime was kidnapped at his house on Tuesday around 3am.

It was learnt that the human rights activist, who had been fighting for justice for Udo, was whisked away by some masked gunmen. The gunmen reportedly gained entrance into the house by breaking through the wall from the backyard.

The victim’s wife, Gloria, told Punch that while three of the gunmen entered into the house, others waited outside.

She stated that when the gunmen entered into their apartment, they locked her and her child in a room.

She said, “Three of the gunmen entered our apartment with their faces covered. They gained entrance by breaking the wall from the backyard.

“They did not talk; they just pushed me, my son and a visitor into one room. One of the three gunmen stood at the door, threatening to shoot if we made a noise or shout.”

Punch Metro gathered that Ime’s abduction was not unconnected with the rape of Udo, his niece.

It was learnt that on July 22, shortly after 15-year-old Udo was raped by the police inspector, the Divisional Police Officer at Mkpat Enin Police Division, Mkpat Enin Local Government Area of Akwa Ibom State, sent two clerics and some police officers to plead with Ime to let the matter go.

The clerics, who described themselves as senior apostles, reportedly begged him to forgive the inspector, saying the case was a big shame to the Nigeria Police Force.

Ime was said to have told the clerics that the matter was a serious one and he could not let it go.

He had said, “This is a very serious thing – a police inspector raping a 15-year-old girl at gunpoint. This is more than robbery. He not only raped the girl, he kidnapped her for three days and collected a ransom of N10,000 as bail sum.”

Punch correspondent had on August 13, 2016 reported that Ime escaped an assassination attempt at his house at Nyaodiong village in Mkpat Enin LGA on August 9 at 10.30pm.

He had, in a petition to the Commissioner of Police, Akwa Ibom State, Mr. Murtala Mani, alleged threat to his life, the lives of his family members, attempted arson of his new house as well as malicious damage of his property.

Ime is the Director General, Centre for International Integrity, Peace and Development in Nigeria.

Ime had on Friday told Punch correspondent that he was with the CP to complain of frequent attacks on him and also on how to get justice for Udo.

Mani, when contacted, said he had yet to confirm the report as he was in Calabar.

He said, “I am yet to confirm the incident because I am in Calabar. I heard of it.”

Ladun Liadi - October 21, 2021
3
Scott Disick has broken his social media silence with a snap of son Reign after Kourtney Kardashian ’s engagement to Travis Barker. The 38-year-old has...

Charles Okocha breaks silence on damaging friend’s car for being with...

US surgeons transplant pig kidney into human patient and it’s a...

Quit your relationship if you can’t communicate with your partner -Actor...