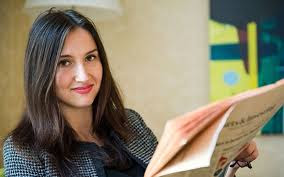 Aida Hadzialic, 29, expressed remorse for her actions after being caught drink driving as she announced her intention to step down from her post as Sweden’s Minister for Secondary Schools. At a press conference on Saturday, she said she would formally resign on Monday.

Hadzialic was stopped at random by police on Thursday evening and was found to have a blood alcohol content of 0.2 grams per litre. At Saturday’s press conference, Hadzialic explained that she had been at a concert in Copenhagen and had two glasses of wine before setting off to drive to Malmö four hours later. Apparently she believed the alcohol would have left her system in that time.

She is quoted by Swedish tabloid, Aftonbladet, as saying: “After the concert, I chose to take the car home to Malmö, of course, in the belief that I was not affected. There and then I committed my life’s biggest mistake. I choose to do this [quit] because I believe what I have done is that serious.”

Sweden’s Prime Minister Stefan Lofven said in a statement he agreed with Hadzialic’s “assessment of the seriousness of the situation”, but added it that she was a good person who had done a bad thing. Lofven said he was sorry to lose his colleague and praised her “excellent” work, while in office.

Ladun Liadi - November 25, 2021
0
Comedian Klint Da Drunk has escaped a car accident UNHURT. He shared photos from the accident scene saying he can't believe he was in 'this...