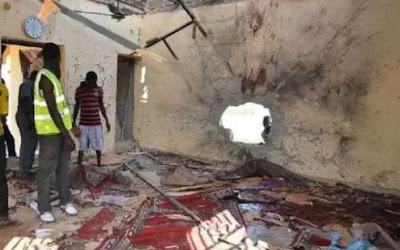 The death toll in the bomb explosion in a mosque in Adamawa State has risen to 27, the state government said. The government also said 56 people were injured in the twin blast in a Mubi town.

The state Commissioner of Information and Strategy, Ahmad Sajoh, made this known in a statement. ‎He said the 56 injured persons were on admission in a hospital.

#EndSARS memorial to take place at church, mosque and shrine

This is not New York where a mother will seek permission...

It’s just hypocritical that Nigeria is yet to legalize weed –...

Buhari gets 14-day deadline over N26bn budget for travels, meals

Actor Deyemi Okanlawon reveals how fans should approach him in public