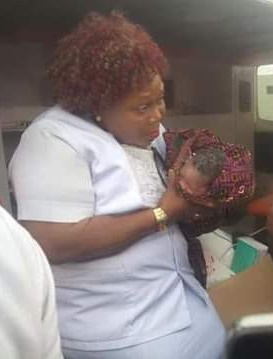 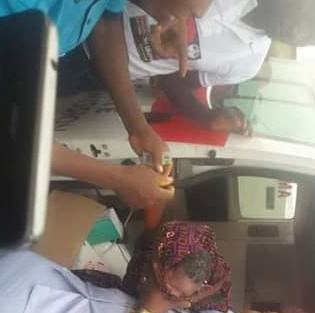 A woman was delivered of a baby girl at the campaign ground of the People’s Democratic Party (PDP) at the Council Pavillion of Isiokolo in Ethiope East Local Government Area of Delta State.

The baby girl came at about 12:00 noon on Tuesday when it was announced to the uproarious, joyous shouts of party faithful and the mammoth crowd that a woman has been delivered of a baby girl.

An announcement had earlier come to the chagrin of the crowd that the attention of the medical team at the campaign ground was urgently needed.

It is speculated that the baby girl might be named after Governor Ifeanyi Okowa and his wife, Dame Edith.

The mother and baby were seen ferried to a nearby hospital for further medical care. The lucky woman was identified as Odiri Benjamin, a PDP member from Ward 10, Unit 7, Ethiope East.

Ladun Liadi - October 18, 2021
3
Families in Afghanistan are being forced to sell their children to pay off debts, as the country's economy teeters on the brink of near-total...

How internet obsession has affected this generation – Toke Makinwa

He needs to return my Hilux, Diamonds and money I borrowed...

I was cleaning gutters, fetching water for N20, N80 in Nigeria...