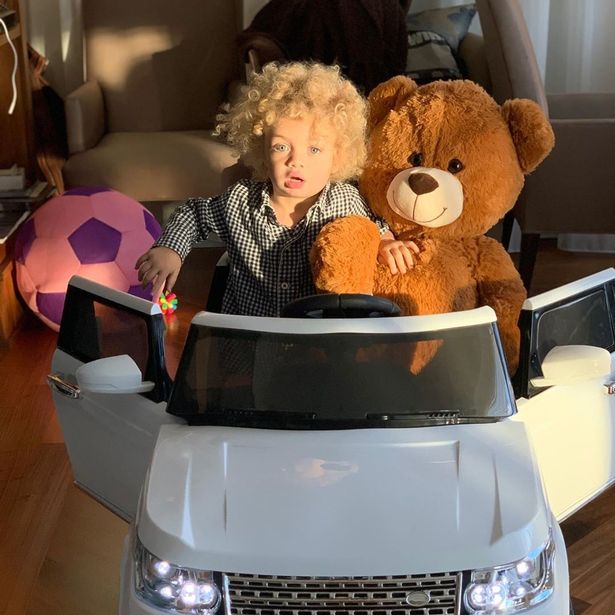 Drake has revealed he had two DNA tests done before he stunned the world on Monday by sharing the first pictures of his adorable son Adonis.

The rapper – who initially kept his two-year-old child’s birth a secret – shared a string of photos to Instagram showing off his blue-eyed, blonde curly-haired boy for the first time.

During an interview with Rap Radar which was released in December last year, Drake said he had to get DNA tests for him to be sure he was his child.

“To be honest with you, I did a DNA test for my son and it came back to us and it said the DNA test got ruined in transit and they couldn’t be 100 percent sure that that was my son or not,” he said.

“So, I was in a really weird pending situation where I didn’t want to go tell the world that that was my son and it wasn’t.”

Drake alluded to his son’s pale skin, blue eyes and blond hair and laughed: “If you see my son you understand why.”

“He’s a stunning child you know, with the brightest blue eyes and at the time I was like ‘I don’t know’.

“It actually wasn’t until a week before the album came out that I got confirmation that that was definitely my son.”

The rapper then revealed: “It took me two more solid [DNA] tests with two different companies.”

Ladun Liadi - October 10, 2021
2
Tacha who is at the moment in Ghana shared the photos saying she is HOT like a HEATER. She just won ''Beauty and Lifestyle Influencer''...

I’ll run for president if God, Nigerians say I should, Bakare...

I’ve been single since 2015 – Whitemoney

How kinsmen milked me dry during my mother’s funeral – Actress...

Man who ‘misused’ N11m given to him for a Toyota Prado...