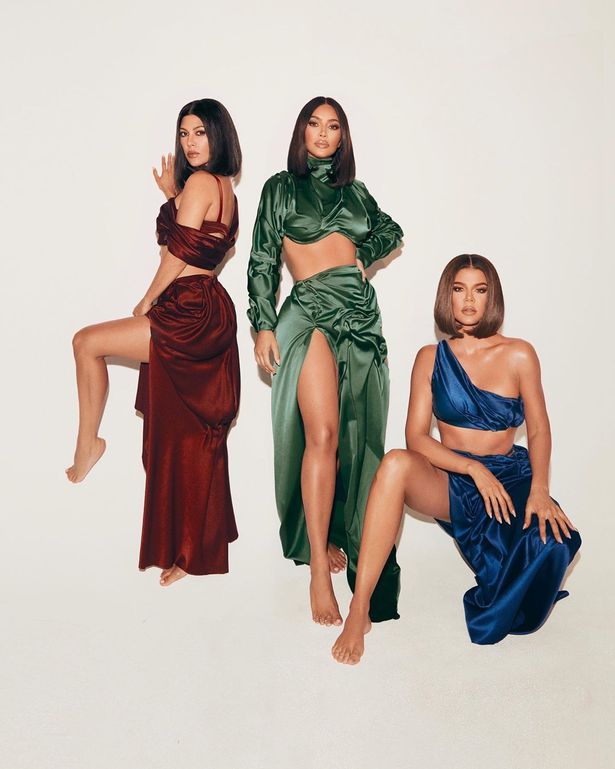 Kim Kardashian called in a favour from her sisters Kourtney and Khloe for her latest KKW Fragrance collection.

The Skims CEO – who juggles a gazillion other businesses she owns – announced the release of her Diamonds II Collection which she and her sisters worked on.

All three bombshells took to each of their Instagram accounts to announce the collaboration, but fans seemed to be taken aback by just how difficult it was to tell them apart.

Each rocking the exact same brunette bob hairdo, the Kardashian sisters looked sensational as they even matched their makeup looks for the promotional photoshoot.

What’s more, the girls each wore very similar silk outfits for the shoot, only differing in colours.

The striking similarities between the trio had fans in disbelief.

One shocked fan penned: “Not sure about the hair…but omg they look the same.”

Another wrote: “This is sum powerpuff girls type of energy.”

A third added: “Is it me or did anyone else need to double take ???”

While a fourth agreed, writing: “Yup. The hair threw me off.”

That A Child Isn’t Yours, Does Not Mean Your Wife Cheated...